The US State Department issued on June 24 its 2019 annual Country Report on Terrorism for Morocco, extolling the North African country’s counterterrorism strategy.

The agency continues to see Morocco’s counterterrorism strategy as a solid mechanism to mitigate the risk of terrorism in the region.

Morocco’s counterterrorism efforts, according to the report, doubled the number of related arrests last year, compared to 2018.

Like the US, Morocco has been stressing that the fight against terrorism is a long-term project.

In March 2019, Morocco’s Minister of the Interior, Abdelouafi Laftit, said that the first action to stop the spread of extremism is to end its ideological sources.

Laftit shared Morocco’s concerns at the 36th Council of Arab Ministers of the Interior in Tunis.

Head of the Central Bureau of Judicial Investigation (BCIJ) Abdelhak El Khiame —one of Morocco’s active security units working against terrorism — shared the same thoughts in an interview with Italian news agency LaPressa in July, 2019.

“The fight against terrorism will take a long time, but if we work together with serenity and responsibility we can overcome the scourge,” El Khiame said.

Morocco has thwarted several potential terror operations through dismantling a score of extremist cells throughout the years.

The report concerning Morocco’s approach to fighting terrorism in 2019 recalls several recent positions the country adopted as part of its strategy.

The State Department document also mentions that the country did not witness any terror-related incidents in 2019, recalling dismantling operations of more than 25 cells and the arrest of over125 individuals for their alleged involvement with ISIS throughout the year.

The report recognizes that Moroccan authorities managed to arrest suspects in multiple operations last year, one of them being that of January, 2019, when BCIJ dismantled a 13-person cell for inciting terror crimes in several cities, including Casablanca, Mohammedia, and Sale.

The report highlights the role of Morocco’s General Directorate for National Security (DGSN) in maintaining border security as a “top priority.” 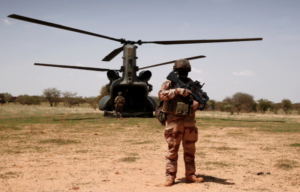